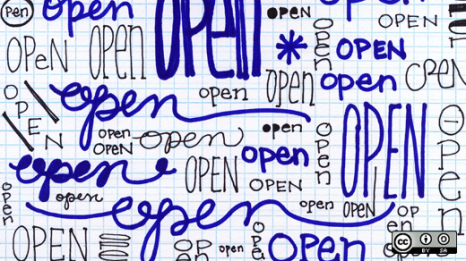 Postdocs must make Science more open to have their voice – and get it heard.

We’re delighted to welcome Gary McDowell, a post-doc working on left-right development in frogs (his Twitter handle is appropriately named @biophysicalfrog) and involved in the Future of Research Symposium starting on Thursday of this week (check out the speakers) as our second guest blogger. That we have decided to cover issues of importance to junior faculty in this post is a deliberate choice because we want to encourage their participation in the scientific conversation and Open Access. For a flavor of our activities with this group, including our first ever students awards at the European Students Conference in September, check out the Earlier Career channel on our blog.

Now over to Gary…

Recently, Liz Allen from ScienceOpen and I discussed her blog post entitled “How to make science more open, 7 ideas for early career researchers“. Our conversation gave me some pause for thought about the role of postdocs in facilitating the scientific endeavor.  I also am a firm advocate of “post-docs doing it for themselves”.  I’ve been involved in the organization of The Future of Research Symposium, a two-day event for graduate students and postdocs in the Boston area to come together and discuss the issues facing young researchers at present, under the groupings of training, structure of the workforce, funding, and metrics of assessment.  One measure of the success of a scientist is through the science they produce, reflected in the papers that they publish.  At present, we are at a point in scientific publishing where there is a strong movement towards “open access”: science available to all.  This means freely available to read and re-use: no paywalls, no subscriptions, simply science that is freely available to the public.

There are clearly many noble goals to the endeavor of publishing Open Access.  However there are concerns, particularly amongst young researchers, about publishing outside of the “high impact factor” set of journals that are traditionally viewed as grant- and job-winners.  These issues were recently highlighted in a blog by Alexander Grossman, a co-founder of ScienceOpen. Major difficulties that postdocs face in Open Access include not having the final say on where their papers are published, or even when.  Many of us have smaller sets of work; or negative data; or data that aims to reproduce other’s work, which are all good pieces of science but are often not viewed as being worthy of publication.  In my own experience, I have been very fortunate to always work with principal investigators who are (reasonably) happy to publish smaller datasets or less exciting (but still novel) stories.

However my own experience with Open Access has been somewhat limited.  Changes to requirements for funding from Research Councils in the UK, and NIH funding in the US, have led to my research becoming gradually more open, most recently graduating from being behind a paywall for one year to being immediately open to the public.  As part of the preparations for the Future of Research Symposium, we have published an open letter to Science in the Winnower and an article in the Journal of Postdoctoral Research.  Both publications have then been rapidly disseminated on social media, for example through our @FORsymp handle to our target audience, for free and open discussion.  The experiences I have had with these publications, plus investigating other avenues for publishing open access, reinforce my own view that in the modern era, when people search less in particular journals and more on particular topics, that a paper being available rapidly and openly is more important than the competitiveness of getting into the journal.  Good work is good work, and recent controversies over paper retractions how that the Impact Factor of a journal is not necessarily a direct correlation with the rigor of the peer review of the science.  In fact, many of the controversies that arose from the STAP saga may have been avoided in formats with Open Peer Review, with people able to directly comment and review on the paper, rather than the initial concerns having to be raised indirectly on other media.

Postdocs need to make themselves heard and Open Access publishing provides a medium to do this.  A free exchange of ideas is encouraged not only by postdocs publishing in places where their papers are accessible to all; but by postdocs participating in the review process.  Whenever possible, I sign my reviews to make it clear that I am not hiding behind anonymity in the comments that I make, and so I am therefore careful to make sure they are fair and critical in a constructive manner.   ScienceOpen is one example of a progression from the typical reviewing process, using Post-Publication Peer Review to facilitate open and fair discussion and criticism of scientific work.  Not only is embarking upon peer review a great contribution to the scientific community, this is an excellent opportunity for postdocs to get experience in reviewing papers and also in providing reflection on how to write their own papers.

In her post, Liz advocates getting involved in journal clubs and conferences.  I would agree with this, and in particular we are keen for people to get involved with the Future of Research Symposium not only this week, when the symposium will be held, but carrying our findings forwards: we view this not as a one-off event, but a continuing endeavor.  I would extend Liz’s call-to-arms and suggest that postdocs get involved in scientific societies: many societies are now actively soliciting postdoctoral involvement at the very highest levels.  For example, the Genetics Society of America has posts on all committees – and its executive board – for trainees. The American Society for Cell Biology has an extensive network of postdoctoral volunteers, COMPASS. Many learned societies are engaging upon connecting with younger researchers who are, after all, aspiring to be their future members as established academics.

Finally, the most important reason for postdocs to get involved and raise their voices is to make themselves be heard.  There has been a call, in the most recent meeting of the President’s Council of Advisors on Science and Technology for younger scientists to respond to the alarm raised by senior academics, in particular about the state of biomedical research in the US:

“The voices that are missing so far, [are] the young voices and we need to get them into the mix.”

That is the aim of the Future of Research Symposium, to try to initiate a unified voice on how graduate students and postdocs feel about the issues important to science and how it is carried out.  Our aim is then the continuation of these meetings, both locally and hopefully to inspire others nationally, to produce a voice which is ever louder.  The voices of young researchers are not, in the main, being heard.  Recently, an open letter was sent to the AAAS journal Science regarding concerns over its new widely-advertised open access journal, Science Advances, written mostly (but not exclusively) by young researchers. The response of AAAS so far has been to send the authors some Frequently Asked Questions. Likewise, a similar group has sent a similar open letter to the Society for Neuroscience over its new open access journal eNeuro.  The response was another email that did not address or attempt to answer any of our queries (but was a step up from the AAAS response).  In one particular case the term “riff-raff” has been used by Steven McKnight in his capacity as President of the ASBMB, to describe those “who never would have survived as scientists in the 1960s and 1970s”. There is a lot of support at the highest levels of academia, but clearly a lot of work needs to be done by our community to have our concerns taken seriously.

Postdocs have a lot of support in academia and beyond from those willing to speak out in our favor.  However, without the postdoc community engaging, raising their voice and making clear that they are present and essential to the scientific endeavor, there is only so much that can be done to change the system.  So I join with the call-to-arms to postdocs to engage in making science more open, and raising aloud their voices.

1 thought on “Postdocs are doing it for themselves”