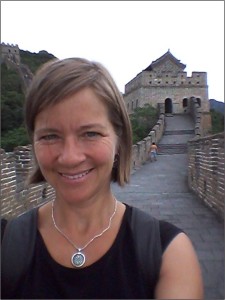 I wrote this post on the plane back from my trip to Shanghai after a multiple day delay that (looking on the bright side) allowed me to see some of the sights courtesy of Hainan Airways!

I was invited to speak at the 3rd International Academic Publishing Forum on August 19th. Organized by the Shanghai Jiao Tong University press, the event brought together nearly 60 Chinese University Presses and representatives from some Western academic publishers – Elsevier, Wiley, Springer, Sage, Brill and ScienceOpen –to discuss what we can learn from one another.

My most powerful impression was the high value China places on knowledge. Mr. Shulin Wu, Vice-Chairman of the Publishers Association of China said in his in his keynote speech that the government regards “knowledge production to be as important as mining or oil”. And China is set to surpass both the US and the EU in spending on research and development by 2020. Communicating this knowledge, therefore, also has a high priority and falls mainly to the university presses. Their main short-term goals expressed over the two days were internationalization and digitalization of their content, with language seen as the main hurdle. Certainly all had a plan for going global.

But some publishers, including myself, were already thinking beyond internationalization and digitalization to the next step in academic publishing. Jason Wu hit the nail on the head by describing Wiley’s process of transformation “from publishing business to global provider of knowledge and learning services.” Solutions for researchers must be digital, global, mobile, interdisciplinary (Bryan Davies of Elsevier quoted a study that found 44% of researchers look for information outside of their own field). And Open Access is a good place to start.

The Open Access business model for journal publishing is perfect for Chinese publishers who have until now been dependent on cooperation with Western publishers to get their authors heard. Chinese scientists who do world-class research can publish in “world-class” journals such as Science or Nature, but publishers here were asking the hard question of themselves – why are so few of those world-class journals published in China? While Open Access cannot itself address the problem of reputation, it can insure that research can be read immediately and globally, without a team of sales representatives on every continent. As essentially non-profit entities with a mission to communicate China’s research successes to the world they are uniquely situated. With access to so much outstanding research, I sincerely hope that Chinese publishers will embrace this opportunity.

Taking the Shanghai subway I can attest that young Chinese are constantly networking on their mobile devices. A scientific networking and research platform like ScienceOpen in China would have a good chance to catch the imagination of young scientists. But time will tell how open this generation will be allowed to be. During my stay the Chinese government shut down up to 50 online news websites and nearly 400 Weibo and WeChat accounts for spreading “rumours” of the recent chemical explosion which took 129 lives. Twitter, Facebook, Google and many other sites were blocked during my visit, which left me feeling rather cut off from the rest of the world.

It was a crazy week – from the crowds and flashing neon of Shanghai to the peaceful magnificence of the Great Wall. I came away with a sense of the huge potential in China and the feeling that China needs Open Access and the Open Access movement needs China.