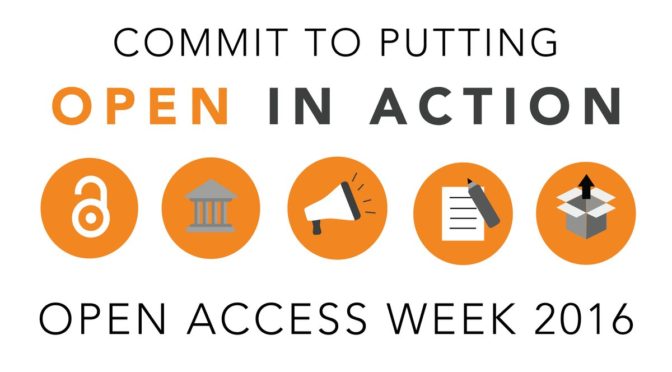 Open Access Week is the annual event to show our global support for all things open access! The theme this year is all about committing to putting open into action in order to take real steps towards open scholarship and supporting a stronger research framework.

SPARC have created an action portal of various activities you can undertake this week to help yourself and your colleagues support open access. These are:

Thankfully, ScienceOpen is here to make these things even easier for you! Some related things you can do are:

You can read the full press release here, find the featured journals here, and discover and filter all OLH content here. We’re very excited by this new partnership, as it helps continue our trend of breaking down barriers between ‘STEM’ and ‘HSS’ research by integrating it all together in one unified platform.

Professor Martin Eve, co-founder of the OLH, said: “In the digital environment in which humanities research now finds itself, discoverability is key. It is vitally important that the ‘signal’ of solid research is not lost amid the ‘noise’ of the World Wide Web. Our new partnership with ScienceOpen is just one of several initiatives in which we are participating that will amplify the humanities research that we publish. Finally, we think it is important to counter the destructive in-fighting of a ‘sciences vs humanities’ culture. By participating in ScienceOpen’s indexing, OLH research will sit alongside that of our colleagues working in the natural and social sciences.”

Featured journals from the OLH include:

Some of the more eye-catching research articles are:

‘Research hasn’t been completed until it has been properly communicated.’ This is one of the great mantras of Prof. Sir Mark Walport, Chief Scientific Adviser to the UK government. What this means is that all research needs and deserves to be communicated to as wide an audience as possible, and published in an accessible format, in order to maximise its potential impact. To that end, we asked Lisa Matthias, who recently published her Master’s research with us at ScienceOpen, to tell us more about her work and what she found. Here’s her story!

Recently, I published my Masters thesis all about the politicization of US Supreme Court by partisan media. The background behind my research is that partisan news outlets cater their reports to specific partisan groups that have distinct ideological beliefs. These channels broadcast one-sided coverage, which constantly reinforces and strengthens their target audience’s political beliefs, while adopting a hostile position towards opposing views at the same time. This is most deeply highlighted in the US because of the highly polarising nature of the two-party political system.

To achieve such one-sided reporting, news stories are framed. Framing refers to how a story is told, and involves selecting and highlighting certain aspects of it, while others are explicitly neglected. The goal is to encourage a particular interpretation or evaluation of the presented information. Let’s take the Supreme Court’s ruling of legalizing same-sex marriage nationwide as an example. By shifting the audience’s focus to specific pieces of information, such as equal rights, religion, or opposing groups, the decision can be framed in terms of equality, morality, or conflict, respectively.

When people form an opinion they typically take into account all the information available to them. In the case of the Supreme Court, however, it is predominantly the media that provides that information, because the Court is generally detached from the public. This means the media has great control over the information that the public bases its opinion on about the Court and, therefore, the media also affects how the public perceives the Court. However, reporters are often left to interpret the Court’s decisions and to speculate about possible consequences, but they lack the intensive legal training that is essential to fully understand the Court’s highly specified rulings. In trying to make sense of the decisions, journalists might focus on the Justices’ personal and ideological views instead of on the legal reasoning behind the ruling. The consequence of all this is that media coverage of the Supreme Court has become increasingly politicized. On the other hand, the Court wants to convey an image of itself as an apolitical institution, which is described as being guided by legal principles, instead of personal interests, which is more characteristic of politicians.

END_OF_DOCUMENT_TOKEN_TO_BE_REPLACED

The Open Science Stars series is an ongoing quest to bring different experiences and perspectives on the world of open science from around the world together. Only by listening to truly diverse voices can we gain a deeper understanding of the issues surrounding open science.

Today, we’re honoured to bring you the voice of Samir Hachani, an Algerian researcher. He attained his PhD in Library and Documentary Science in 2013, and this is his story.

Hi Samir! Can you tell us a little about your background as a researcher and your current role? 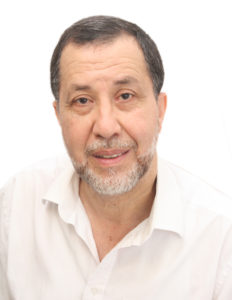 I’m Samir Hachani, lecturer at the school of library science, Algiers University II. I hold a PhD in Library Science from Algiers University II and a Master degree from The University of Southern California (U.S.C.) – Los Angeles. I hold positions in numerous scientific organisations but my main role, besides my teaching duties, is being Vice President of “Association Science et Bien Commun”, based in Quebec (Canada) and whose motto is “For an open science, for the common good”. We militate in this association for a just and open share of science and an empowerment of the research in The Souths (we use the plural because we think the South is not uniformly made up and there are many level of developing countries) through our flagship program S.O.H.A. (Science Ouverte Haiti Afrique – Open Science Haiti Africa). My main research interests center around open access, open science, open peer review and also digital divide.

When did you first hear about Open Access and Open Science? What was your first thought?

I first heard about open access some 10-15 years ago when I started investigating my thesis subject and I almost instantly got interested in the subject because the philosophy behind the concept was quite simple and enthralling: give access to knowledge produced by researchers or plain folks to these same people through The Internet. I first heard about open science much later (around 2010). My first impression was that I had to commit myself to the movement because it describes what I have always felt about life: sharing is paramount to make the world fair and equitable and there should not be a difference in accessing knowledge between the “have” and “have not“.

What is the current status of Open Access development in Algeria? Is there a national-scale policy in place?

It is sad to say that open access in Algeria is in dire situation. This is due to numerous reasons the UNESCO’s Global Open Access Portal summarizes in: “Lack of information on Open Access, the concept is new and not popularized enough thus implementation is not rapid, lack of clear institutional and national policy on Open Access, difficulty of securing long-term funding and getting commitments from more institutions to join the open access community”. As a practitioner speaking from the field, I could add a very weak and unstable Internet connection, a weak bandwidth (upload and download) and a rather restrictive national policy regarding telecommunications that are still public and have not been privatized. It seems that the concept itself is ignored and as an example, I conducted a questionnaire on the subject of open archives use and one of the answers was that researchers used “archives of the colonial period“!!! There is no clear policy on the subject as it is ignored and the only initiatives are those undertaken in the academic world.

END_OF_DOCUMENT_TOKEN_TO_BE_REPLACED

Today, we’re pleased to announce a new partnership with the Open Access publisher PeerJ! We are all  very excited to have PeerJ joining us as one of the leading and most innovative open access publishers, and we are happy to see them continuing to help push the curve for scholarly communication.

Jason Hoyt, co-founder and CEO of PeerJ said “Computer Science has traditionally been published in conference proceedings, so an Open Access journal is a relatively new scholarly channel, but one that we believe the community is ready to embrace. To get there though, Open Access needs more visibility and that’s why we’re thrilled to be working with ScienceOpen.”