Insects are everywhere. The fact that their diversity surpasses any other group of organisms is an amazing evolutionary success story, and they have a significant impact on the environment and therefore upon our own lives. Our recent additions from the field of entomology open up new perspectives to the study of these colourful creatures. They help us to develop a better understanding on the role insects play within a range of environments, and the solutions they can provide to everyday  and global problems.

More specifically, they tell us about:

Journal of Insects as Food and Feed (Wageningen)

This journal aims to re-define the position insects have in the food chain by putting human and animal entomophagy (i.e. the use of insects as food sources) into a global perspective. This is important as it is likely that insects will become part of mainstream diets in the future due to increasing populations and demands on food resources. These volumes set the table for edible insects and open new perspectives on how and why to integrate them into both human and animal nutrition. The articles uncover complexities in global environmental challenges, entomology, food science, and culture.

One part of studies focus on health aspects and nutritional composition of edible insects and environmental impacts of insect procurement on both a regional and global scale. As a reaction to grand global challenges such as population growth and global warming and increasing pressure of resources followed by them, they make suggestion on how to (re)integrate insects as alternative protein sources into animal and human food chain. One of the main benefits of entomophagy they identify is the smaller ecological footprint of harvesting compared to other protein production techniques. Articles addressing issues like: 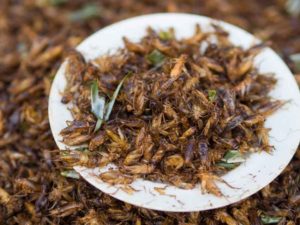 Another part of studies survey the complexity of consumer acceptance, attitudes, and marketing strategies for the promotion of edible insects in different cultural-geographical areas. They show evidence that despite their massive socio-economic advantages, a major impediment to large scale human insect consumption is the strong negative attitudes towards insects as food in many cultures. Their aim is to get a clearer picture on these social and psychological barriers to insects as food in Western cultures and outline strategies to increase their social acceptability.

On  the other hand, the role of culture in our food choices is also reflected in attitude surveys from cultures where human entomophagy is (or was) an inherent part of gastronomic traditions. As such, these studies bring together entomology, food science, and culture and raise issues like:

Entomologia Generalis is a quarterly, peer-reviewed international Journal of General and Applied Entomology. It is published since 1968 and covers experimental, comparative, and descriptive problems of all ﬁelds of research on insects and other terrestrial arthropods relating simultaneously to various branches of entomology.

Here you can find a sample of articles from the collection:

Creating “virtual journals” from all available articles on ScienceOpen allows researchers to make decisions on where to focus their attention or to focus on specific research topics. As the name of the collection suggests, in this case, focus in on the most dominant order of insects, namely, Coleoptera. The collection offers as diverse perspectives for the study of beetles as they are themselves.

Relevant articles are collected from more than 20 journals, regardless on their Open Access/ non-Open Access status or scope of interest. Having a look at the collection, you can also see how it interacts with Journal of Insects as Food and Feed and Feed. In addition, our interview with the editor of the collection, Professor Georg Beutel gives you an insight on his motivations for building the collection and also on how his research community benefit from it. 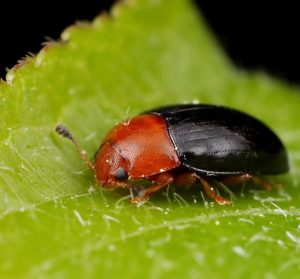 Did you work up an appetite? In this case, don’t forget to share you feedback and feel free to rate, comment or even peer review articles from the collections.

1 thought on “Beetle boom on ScienceOpen: recent additions from the field of entomology”