ScienceOpen is more than just a publisher – we’re an open science platform!

We publish from across the whole spectrum of research: Science, Technology, Engineering, Humanities, Mathematics, Social Sciences. Every piece of research deserves an equal chance to be published, irrespective of its field.

We also don’t discriminate based on the type of research.  Original research, small-scale studies, opinion pieces, “negative” or null findings, review articles, data and software articles, case reports, and replication studies. We publish it all.

At ScienceOpen, we believe that the Journal Impact Factor (JIF) is a particularly poor way of measuring the impact of scholarly publishing. Furthermore, we think that it is a highly misleading metric for research assessment despite its widespread [mis-]use for this, and we strongly encourage researchers to adhere to the principles of DORA and the Leiden Manifesto. 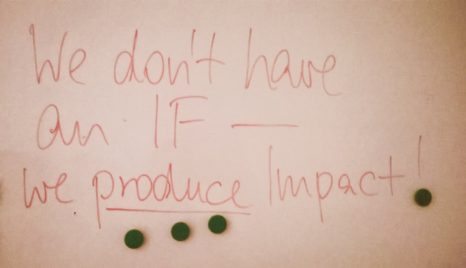 This is why for our primary publication, ScienceOpen Research, we do not obtain or report the JIF. We provide article-level metrics and a range of other article aspects that provide and enhance the context of each article, and extend this to all 25 million research articles on our platform.

A simple proposal for the publication of journal citation distributions (link)

How can academia kick its addiction to the impact factor (link)

The impact factor is academia’s worst nightmare. So much has been written about its flaws, both in calculation and application, that there is little point in reiterating the same tired points here (see here by Stephen Curry for a good starting point).

Recently, I was engaged in a conversation on Twitter (story of my life..), with the nice folks over at the Scholarly Kitchen and a few researchers. There was a lot of finger pointing, with the blame for impact factor abuse being aimed at researchers, at publishers, funders, Thomson Reuters, and basically any player in the whole scholarly communication environment.

As with most Twitter conversations, very little was achieved in the moderately heated back and forth about all this. What became clear though, or at least more so, is that despite what has been written about the detrimental effects of the impact factor in academia, they are still widely used: by publishers for advertising, by funders for assessment, by researchers for choosing where to submit their work. The list is endless. As such, there are no innocents in the impact factor game: all are culpable, and all need to take responsibility for its frustrating immortality.

The problem is cyclical if you think about it: publishers use the impact factor to appeal to researchers, researchers use the impact factor to justify their publishing decisions, and funders sit at the top of the triangle facilitating the whole thing. One ‘chef’ of the Kitchen piped in by saying that publishers recognise the problems, but still have to use it because it’s what researchers want. This sort of passive facilitation of a broken system helps no one, and is a simple way of failing to take partial responsibility for fundamental mis-use with a problematic metric, while acknowledging that it is a problem. The same is similar for academics.

@Protohedgehog @scholarlykitchn @tpoi as stated earlier, it's not a publisher problem. It's an academic problem. Just stop using it.

Oh, I didn’t realise it was that simple. Problem solved.

Eventually, we agreed on the point that finding a universal solution to impact factor mis-use is difficult. If it were so easy, there’d be start-ups stepping in to capitalise on it!

@Protohedgehog If I had that answer I'd probably be helming a publishing startup.

(Note: these are just smaller snippets from a larger conversation)

What some of us did seem to agree on, in the end, or at least a point remains important, is that everyone in the scholarly communication ecosystem needs to take responsibility for, and action against, mis-use of the impact factor. Pointing fingers and dealing out blame solves nothing, and just alleviates accountability without changing anything, and worse, facilitating what is known to be a broken system.

So here are eight ways to kick that nasty habit! The impact factor is often referred to as an addiction for researchers, or a drug, so let’s play with that metaphor.